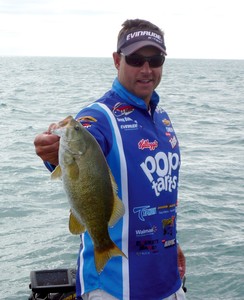 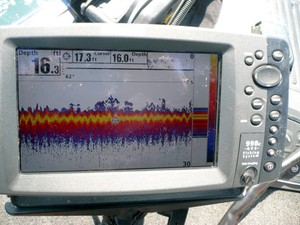 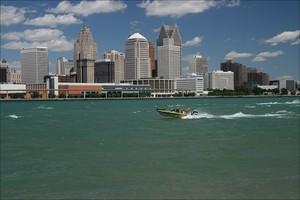 Stop me if you've heard this tune before. The weather recently in Branson, Mo., the host city for the upcoming FLW Tour event, has been unseasonably cold, so cold that water temperatures are in the upper 30s. That's the bad news. The good news is that Table Rock Lake has a hydro-electric dam, which prevents dangerous flooding.

By no means is the Table Rock tournament in jeopardy, but the cold water will certainly affect the fishing. The 2009 qualifier, which was held March 12-15, featured an unbelievable largemouth bite. And the first few days of the event were frigid. But leading up to the tournament the weather was surprisingly warm.

"Last year we had a pretty mild winter and the fish stayed relatively shallow," said pro Greg Bohannan. "When we have those types of winters the fishing is easy because they don't move very far off the bank. Basically the warmer water kept them shallow and then the cold air during the tournament made them more aggressive."

Bohannan says 2010 has been anything but mild in the Ozarks. And he would know; he's experienced the conditions firsthand. Bohannan lives in nearby Rogers, Ark., and spent time practicing on Table Rock before it went off-limits Feb. 15.

"The fish are still fat and healthy, but they're much more difficult to find. We won't see as many limits this year, but there will be a couple giants caught on a jerkbait. And when you do find them, they can be grouped up pretty good. So we're still going to see some heavyweight bags,  just not as many. I am guessing 15 or 16 pounds a day will be enough to make the cut."

Bohannan's pre-practice wasn't stellar, but he hasn"t lost confidence. After all, he top-10d last year on Table Rock and finished second at the 2008 American Fishing Series Championship.

"I like fishing in the Ozarks when its nasty, but I would really like to see the water temperature rise a little bit."

In cold water the bass in the highland lakes like Bull Shoals and Table Rock hang around boulders that have 5 to 20 feet of water over them. It might be because the water is typically clear and the rock absorbs and holds the sun's warmth a little bit more than other types of structure. That in turn kick-starts the food chain as crawfish and minnows are drawn to the rock.

Whatever the reason, the bass are there, and I like to throw three types of lures: a suspending jerkbait, a crankbait or a jig. One of these might produce the most fish on any given day, but you'll catch fish on all three of them. A Wiggle Wart is my go-to crankbait. I fish it slowly on 8- to 10-pound-test Berkley 100% Fluorocarbon line with a 7-foot, medium-action Razr Rod cranking model. If the water is really cold and the fish seem to be a bit sluggish, I go to a 3/8-ounce BassX spider jig in green-pumpkin with a Berkley Chigger Craw of the same color. The best boulders will come off a bluff or be along a ledge that might stair-step into deeper water. Clear water is a key, and so is sunny weather.