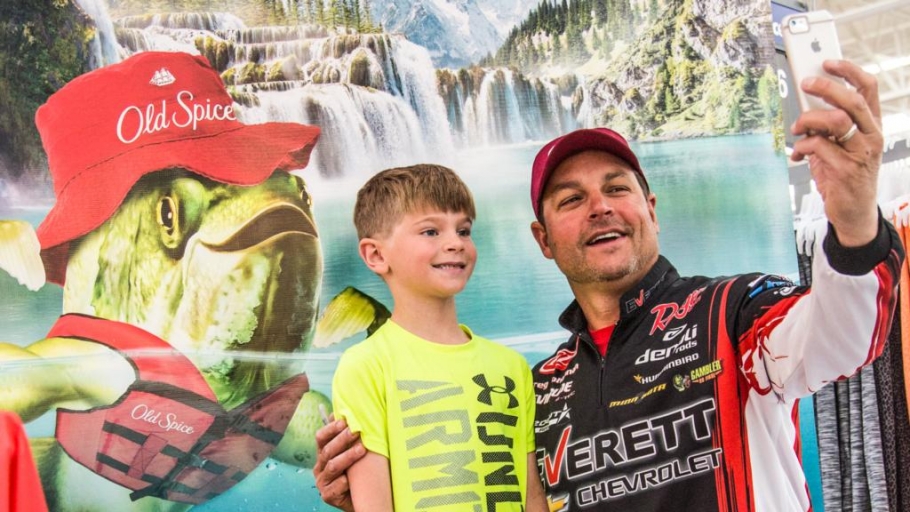 When I was 10 years old I could only dream about being a professional fisherman. I would spend all my time outdoors playing sports, hunting and fishing. Then, in high school, I competed in my first bass tournament and I was hooked.  From that moment, my goal was to become a professional angler some day. Now, almost three decades later, after much hard work and dedication I’m competing in the 2015 Walmart FLW Tour. And I’m more excited than ever.

Going into this year’s season, I added new sponsors to my team and one that I’m especially excited about is Old Spice at Walmart. Together we’ve teamed up to launch Old Spice at Walmart Hook, Line and Leaders. This initiative is aimed at helping young men become “reel” men. We intend to give boys a sense of connectedness to each other and to their communities. Hook, Line and Leaders incorporates an outrageous, muscle-clad mascot: Manny the Fish. Manny serves as a symbol for the program that teaches boys about being upstanding citizens in their communities. 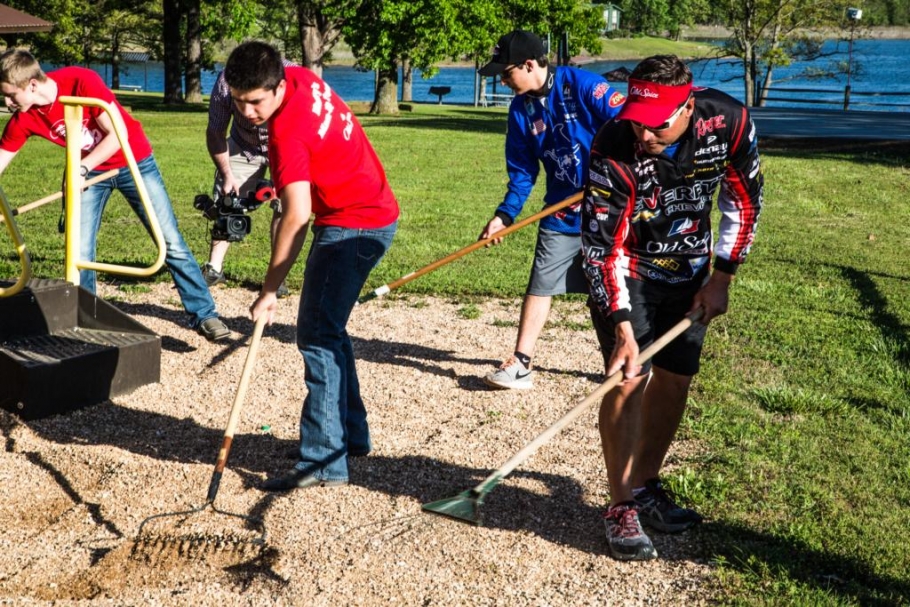 As part of Hook, Line and Leaders I connect with teens during my competition stops. We launched  Hook, Line and Leaders  in my hometown area of northwest Arkansas during the Walmart FLW Tour  Beaver Lake tournament. I teamed up with Fayetteville High School’s Hooked on Fishing – Not on Drugs (HOFNOD) chapter at Hickory Creek Park. The boys and I cleaned up Hickory Creek Park, and I showed them how to become part of the Manny Movement. Afterward, we went fishing on the bank and enjoyed the great outdoors. The kids received Manny t-shirts and Old Spice samples to leave them smelling great every day, all day.

Our next community service event took place prior to the competition on Lake Eufaula. There I joined the kids from the Science Club at Admiral Moorer Middle School. I visited with them during their Science Club meeting and shared tips on how to be a “reel” leader in the community, like:

Get smarter than a fox. Go to college or learn a trade
Know what’s important in life, such as helping others
Step up and become what you want to be, even if it’s a shark hunter in Australia. Nothing’s impossible. 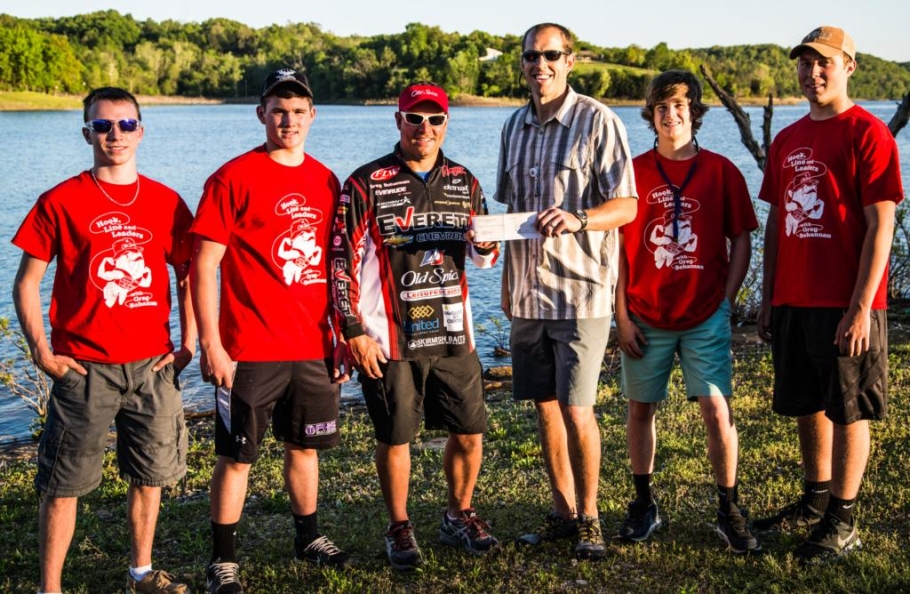 On behalf of Old Spice and Walmart, we contributed $1,000 to HOFNOD and the Science Club. During my stops I also met shoppers at local Walmart stores. It’s fun to meet fishing enthusiasts, take photos with fans and share information about the Manny Movement. My next FLW Tour stops include Dayton, Tenn. (Lake Chickamauga) and La Plata, Md. (Potomac River).

With four competitions down and two left before the Forrest Wood Cup, the Walmart FLW Tour of 2015 has been one for the books. With the help of the Old Spice at Walmart team I’ve had the opportunity to reach the youth and connect with communities on a new level. It’s important to remember that it’s not always about the next big catch. I want the kids today to develop a positive passion in life, and  Hook, Line and Leaders is helping me do just that.